What knife are you carrying today?

barra650 said:
I've heard good and some negatives about the Saker , mostly from the back yard utube reviewers . As you own the knife , how have you found the knife ?
Click to expand...

It's a nice knife. I haven't used it a lot but haven't had any issues with it. Edge needed a bit of work out of the box. Was there anything in particular you wanted to know about it?
R

I went for a ride on my eMTB today. In the toolkit I have the SAK handyman. I keep it in a piece of mtb inner tube zip tied one end, the other end folds over and is held with a rubber band. I've actually used inner tube rubber on a few fixes. I've also pinched the rubber band from this as well, replaced it, then pinched it again. So everything with this knife has potential multiple uses and is up for grabs - including the key ring. It also has a hootchy cord lanyard in quick deploy easy to make 2 strand weave. It's about 6" long but will give me around 40cm I think - enough for a boot lace or to pull apart a chain that has a joining link. Lots of other uses too, I'm sure. I've used this sak to manufacture fixes quite a few times. Everything on a sak has a potential use sooner or later, but I did have a set of features I wanted as core, the rest are an added bonus. Scissors, file/hacksaw, wood saw, pliers, blade, tweezers, awl (predominantly for drilling holes). You can see my choices pretty much cover manufacturing or repairing things. I've added a sewing needle - there's a hole for the sak pin near the corkscrew pivot. I've also added the tiny screw driver that lives in the corkscrew. The pliers are very fine - I've used them as tweezers when the true tweezers are too light duty. They're also good for pushing / pulling the sewing needle through leather. I've also used the pliers for removing foreign objects from wounds (little stones, sticks etc). And used the knife to shave around wounds so that gaffer tape will stick better. The big flat screw driver is an awesome lever. The pliers can also cut wire - you can see the notch behind the jaws. Each side of the pliers has a notch - when the pliers are open you can lie a piece of wire through both open notches. They kind of cut like a scissor action. I consider the chisel the least useful thing on this.

Askew said:
It's a nice knife. I haven't used it a lot but haven't had any issues with it. Edge needed a bit of work out of the box. Was there anything in particular you wanted to know about it?
Click to expand...

Nothing in particular , I just liked the look of the knife . Not sure if the CRKT still make it .
A

Discontinued but apparently in stock at some places https://www.survivalsuppliesaustralia.com.au/CRKT-Saker-Bushcraft-Survival-Knife

To be honest I got it because I liked the look and found one at a good price.
K

just got my 037 back from having a bit of warranty work done (bent the pocket clip on it so it had to be replaced) so has to have a bit of pocket time again.

Top job as always True Talon
While the anti-Chinese sentiment may be high at the moment I still love my Chinese flippers, they can't help where they were made 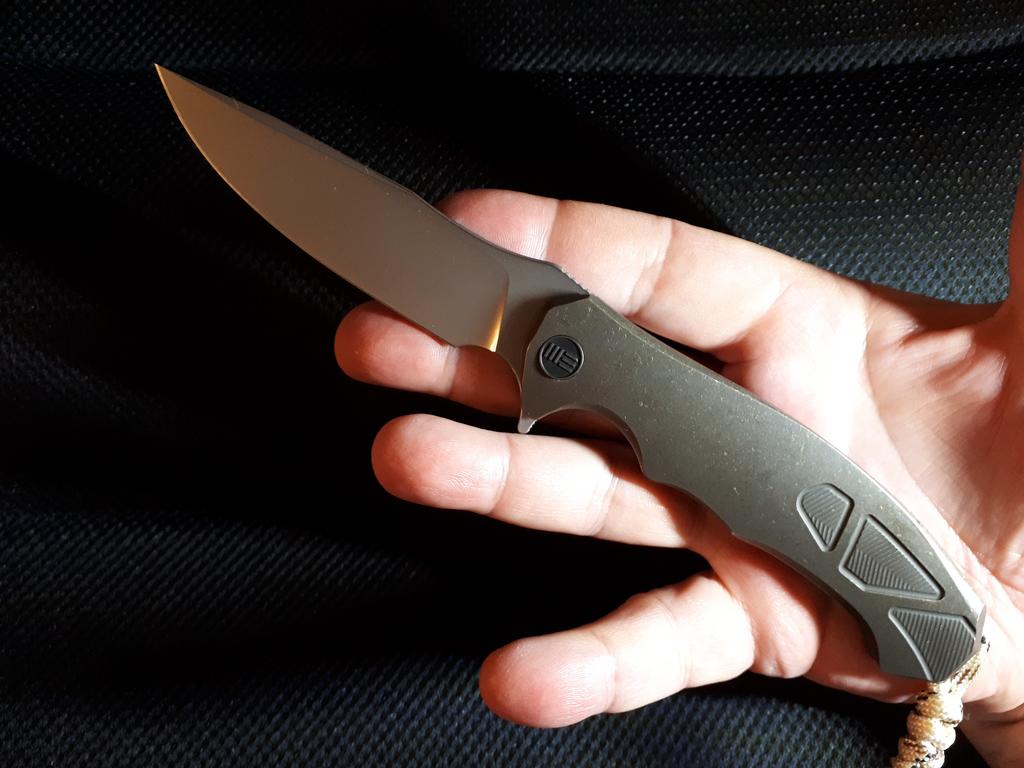 A billhook! An old one, Llandeilo pattern made by Nash.

Why play with one sharp thing when you can play with two? It's another billhook! A modern made Llandeilo pattern by Morris of Dunsford.