along with the stones Aussie123 sent me he also sent me some fungus's to test to see if they would take a spark from flint and steel. 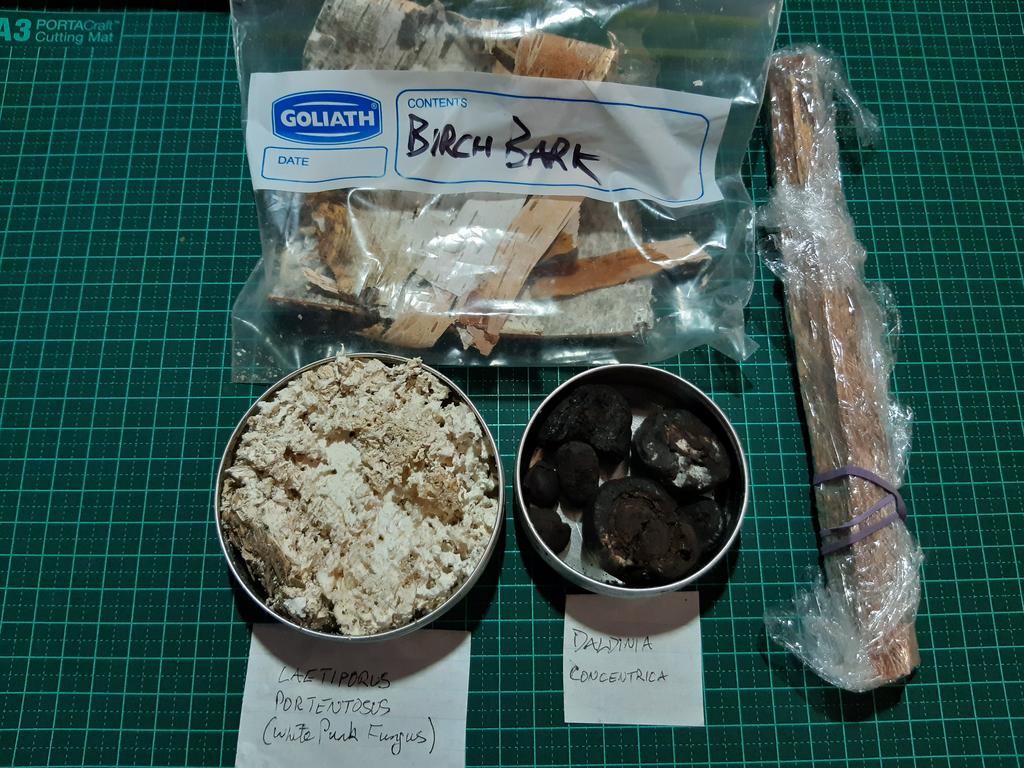 This is my White Punk Fungus (Laetiporus Portentosus) test, which was successful. I view this as the Aussie alternative to amadou.

Hi Wave Man, great video again.
I couldn't get it to catch, but as you say it may have been a bit damp when I tried and I know that can be an issue.

An afternoon walk near Kinglake

I headed off on a short walk in the forest and thought I'd share a few pics: While walking along the track I spied a distant white object: With a bit of zoom you can (perhaps) see that its a Laetiporus portentosus (white punk fungus)...

(I notice in one of the linked posts that Le Loup was able to get it going with a spark, I'd forgotten that)

I saw the fungus on he tree and when I came back a couple of months later it had fallen off, which is when I picked it up.
The fungus is somewhat of a hybrid between polystyrene and a rubber cushion inner … odd.

When it dries it is is a light as a feather (or a polystyrene block), when it gets wet its like a sponge:

this stuff is great, I would harvest this when ever I could. Just let it dry out completely and it will take a spark from flint and steel so a ferro rod would pose no problems whatsoever.
You must log in or register to reply here.
Share:
Facebook Twitter Reddit Pinterest Tumblr WhatsApp Email Link
Menu
Log in
Register
Top