here's my vid overview of the Kizer Odin, I will do a written review in a little bit

here is my written review of the Kizer Odin

This knife was supplied to me by True Talon for review purposes (and will be going back after a few weeks), and as such I am allowed to light use, carry and generally evaluate the knife but do not take them apart and try not to mark them up. I also send them back as sharp as I received them.

here's a link to True Talon and the Kizer Odin
https://www.truetalon.com/collections/kizer-cutlery/products/coming-soon-kizer-ki-odin-s35vn-blade-titanium-carbon-fiber-handle-handle

what the company says
The ODIN
Designed by Ivan Braginets
Inspired by the God of Norse mythology, the ODIN is lightning bolt fast to open on its ceramic bearings. With a big 3.97 inch S35VN blade it will, cut fast and true. The big blade will drop shut.
The titanium handle features unique ribbed carbon fiber inserts on both sides for extra grip. The blue anodized titanium pocket clip and titanium fittings finish off what is a great knife from Ivan Braginets.
Flipper, ball bearing action. Steel Lock Insert.

The Odin is shipped extremely well, a proprietary sleeved Kizer box containing an envelope with paper work and microfiber cloth, the knife in a plastic sleeve inside a Kizer pouch.

The Kizer Odin is a full sized knife, and again follows the usual partially open design, consisting of a titanium frame (formed by two handle slabs and a short titanium backspacer with integrated lanyard attachment), with the most prominent part of the handle being the two (one on each side) 'ribbed' carbon fiber inserts. These inserts are textured and add a heap of traction to the handle. The carbon fiber has been done very well, and it is a great addition IMO.
Hardware consists of a pivot (which has torx both sides, and are Torx #8), a couple of body screws (torx #6) and lock bar insert (again 2 torx #6 securing it) that also acts as an overtravel stop. There has not been any weight relieving been done. Lastly a cutout for the pass through has been included, aiding access to the lock.
Lock up is adequate (just at what I consider minimum) at around 20%.
All the edges have been chamfered well, and fit and finish is very good, about what I have come to expect from Kizer these days and being seen from them after a couple of different models I have now reviewed.
The milled titanium pocket clip (set up for right hand, tip up only) has internal attachment (looks like a single screw, I did not take it apart so I don't know what torx it is, assuming Torx #6). The clip isn't all that deep carry, and it goes in and out of the pocket reasonably easily one handed, has good retention, and as noted before this is a full sized knife so it does take up a bit of pocket real estate. I will note that despite the Odin's full size it carries well. The reason I said it goes in 'reasonably' easy is the textured CF under the pocket clip tend to drag a bit going in, though it hasn't been an issue and I only mention it because it does take a bit of getting used to and I also note it doesn't seem to be rough on the pocket lips like some texturing can be.
I will also note that on True Talon's site the Odin listed has a ano'ed blue pocket clip, the sample I had didn't come like that and I don't know if that design feature has changed or they sell both models (one's with blue pocket clips and one's that don't have blue clips)

The flipper tab has jimping and the knife functions as a light switch flipper. Flipping action is good and the knife fires with a 'swinging gate' action that while not 'snappy' works well and despite my best efforts could not fail. It's a smooth knife and the blade glides shut with just a little wiggling/wrist rolling.

Now to the blade, the Odin's large drop point blade features a saber grind grind. Jimping has been added to the spine, and it is not too aggressive and works well in the saber grip. A small sharpening choil has been provided, as well a elongated 'hole-in-the-blade' that can be used to thumb open the knife. I found I could slow roll, thumb open the Odin, but couldn't pull off a "spydie flick" reliably, I did do it sometimes, but also failed several times. I would never use this feature though as the flipping action is good.
There is a fair bit of Billboarding, company name, makers mark and name, model name, steel type and lastly model number. Lastly a light, somewhat reflective stonewash has been applied to the blade.This seems to be the standard finish Kizer is using these days, and it is a good looking and functional blade finish.
The blade is well centered. There is zero blade play and no lock rock. I did find some lock stick occasionally when I first started to evaluate the knife, though it has seemed to have gone away the more I played with the knife, so it may have just needed a 'breaking in' period.

The knife performed quite well slicing cardboard, and proved to be a decent slicer. The reasonably thin stock combined with the saber grind all work to produce an efficient 'slicey' knife. I did find that while it is a good stabber the knife didn't like to be stabbed into cardboard and then commencing a cut, it carries a lot of stock thickness up to the tip and this caused bunching issues. I also have to say I don't like 'hole-in-the-blades' as I often found the cut was halted when the material 'fell' into the hole and caused bunching.

I didn't find any hotspots during my cutting tests and I will note the handles large size really fit my hands very well. I actually found it a pleasure to use, and I naturally used the saber grip, and did a fair bit of cutting with the Odin. I even used it for a bit of food prep, which I usually do not use folders for. I will say it is a better cardboard cutter than kitchen knife though.
The knife arrived from the factory shaving sharp (I did strop it first up just to further refine the edge before doing any cutting with the knife), and I have to say Kizer seems to deliver their knives quite sharp from the factory, as seen on several samples now. The cutting I did didn't seem to affect keenness all that much and it only took a few passes on the SharpMaker and a stropping to make it shave again after my cutting tests. I have seen several cutting tests done on YouTube and Kizer seems to be very good at heat treating their S35VN, to get the best out of the steel's edge retention.

as with the packaging on the Gemini the Odin's packaging could be seen as excessive, classy but excessive 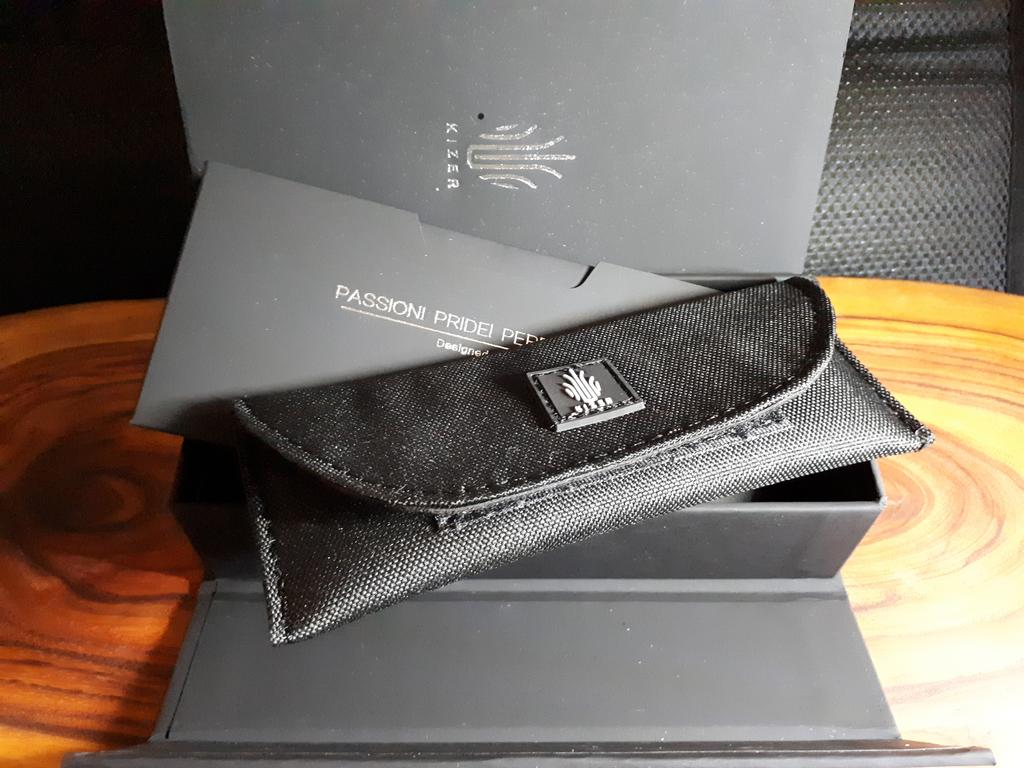 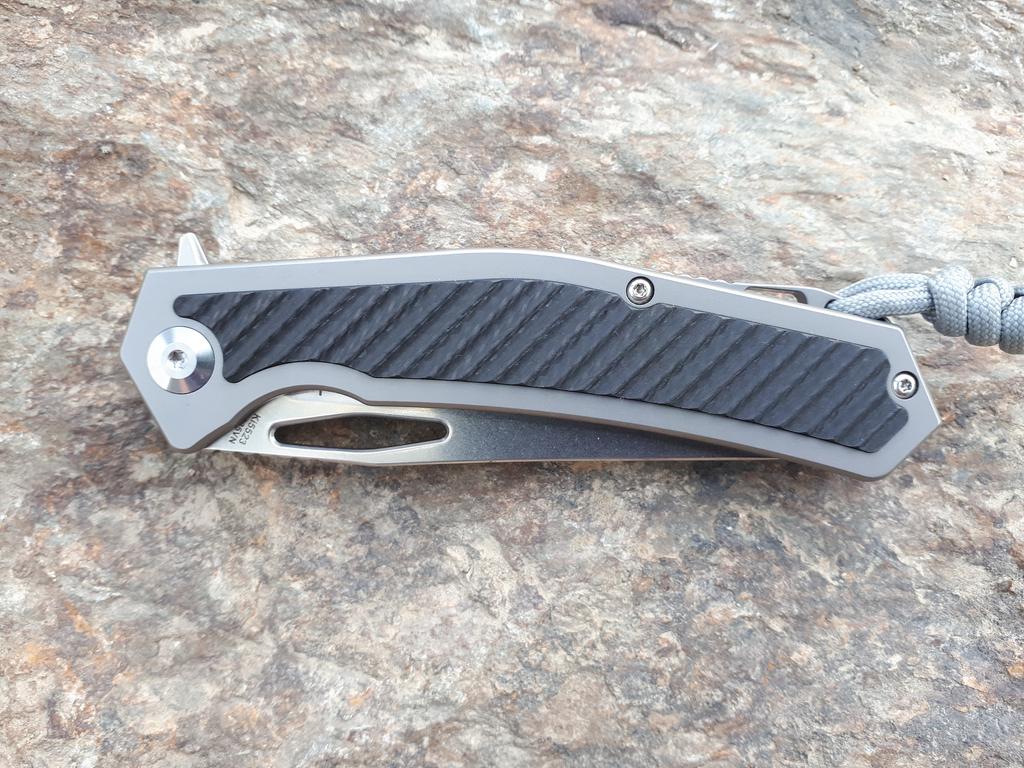 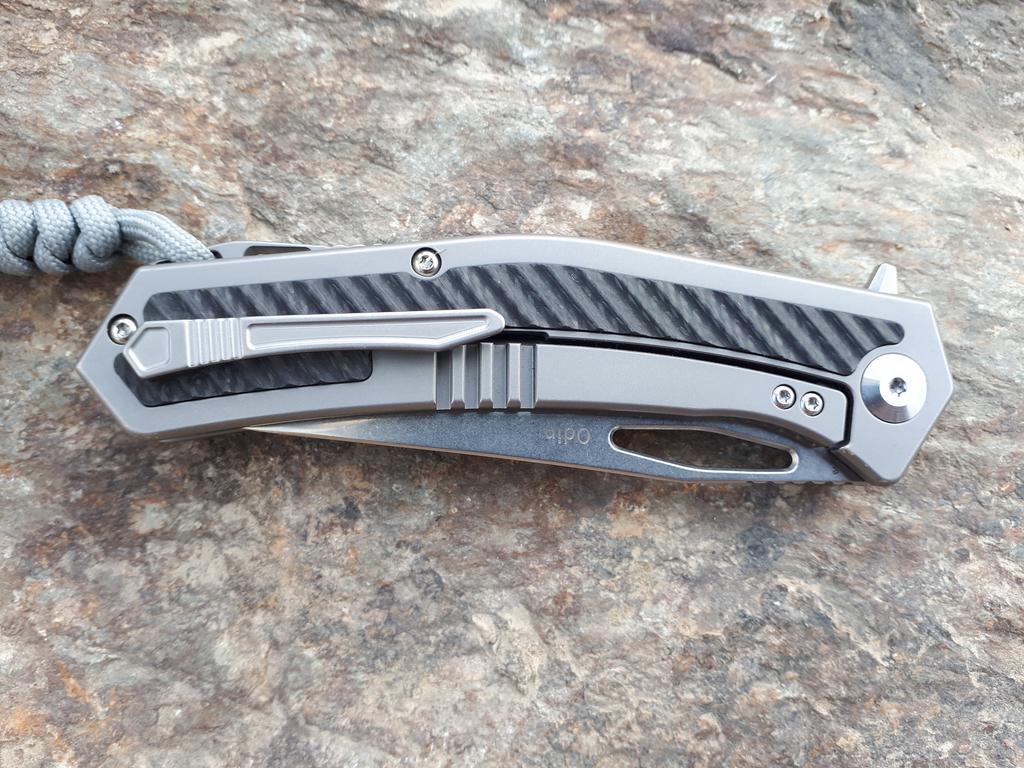 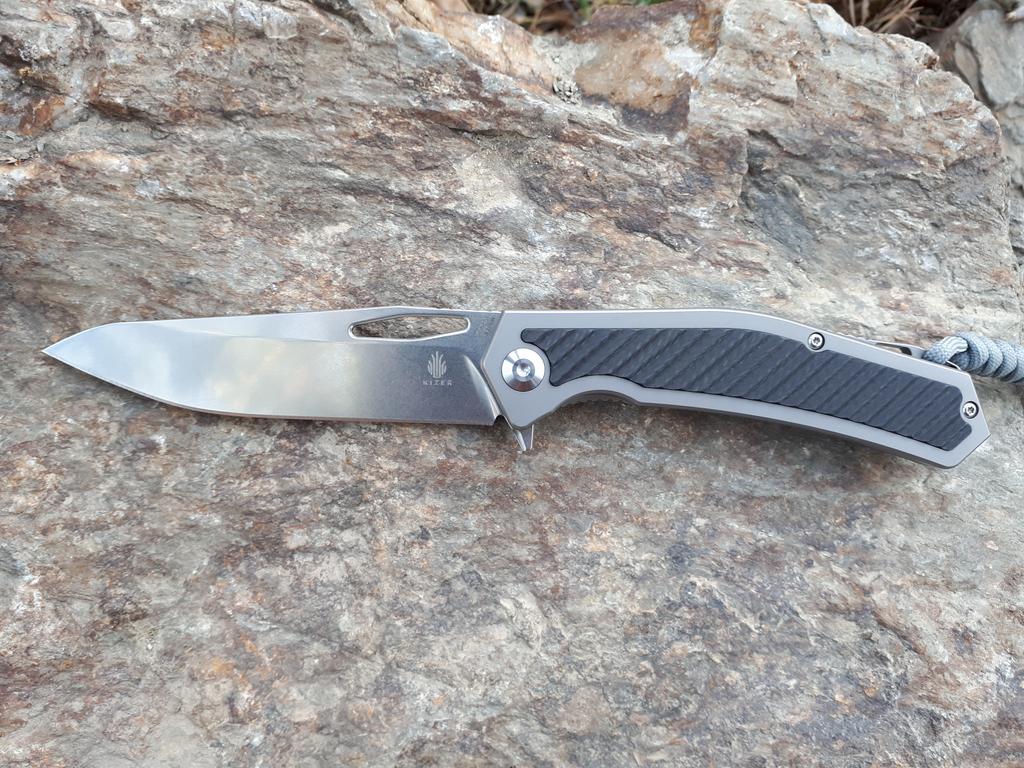 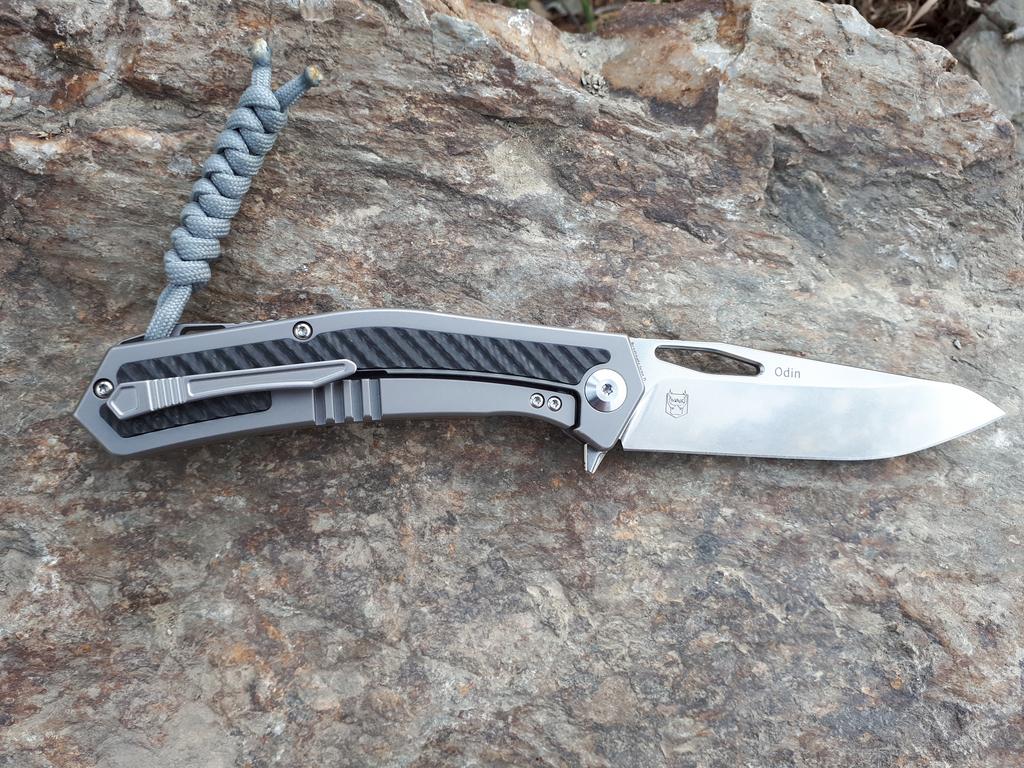 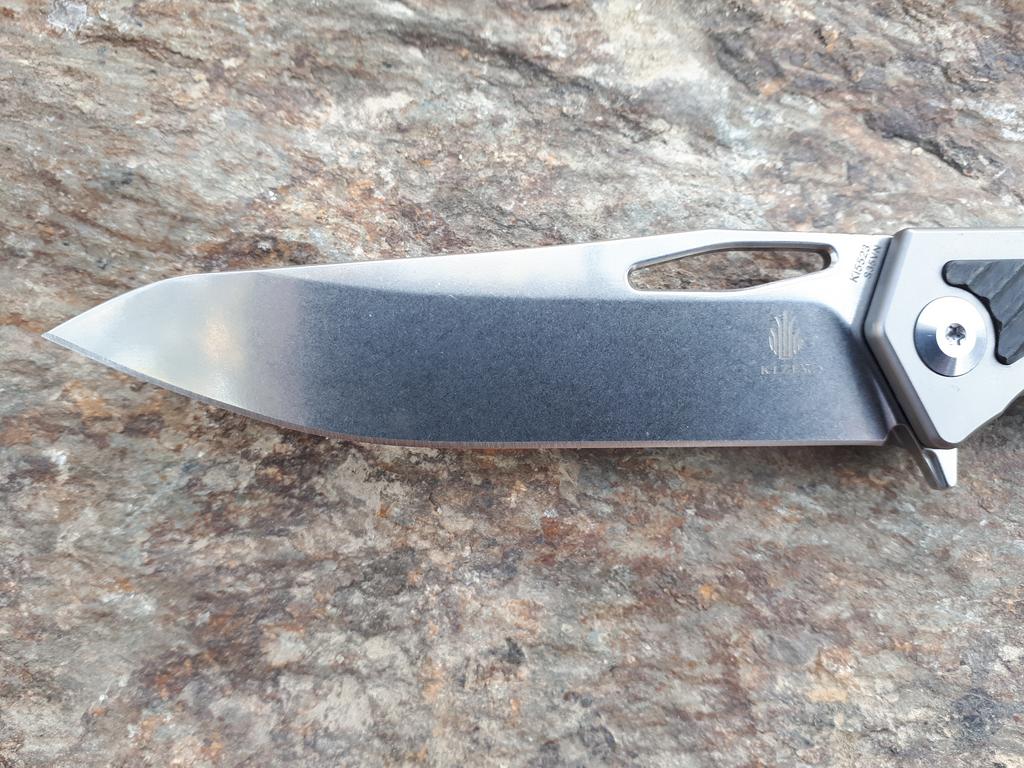 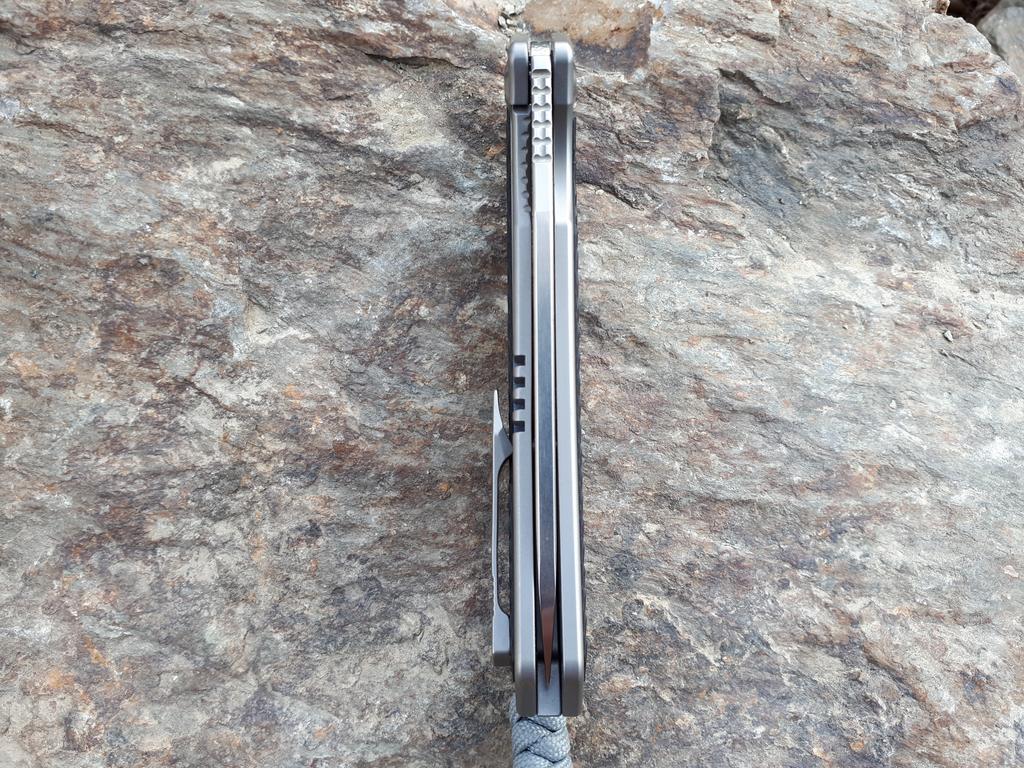 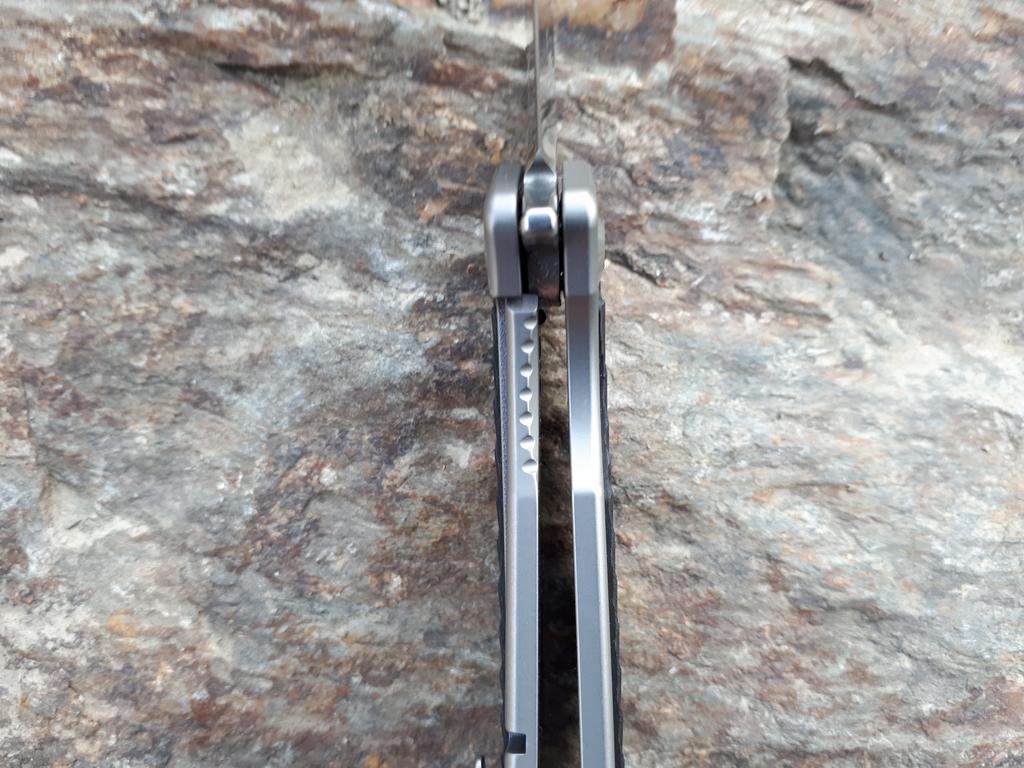 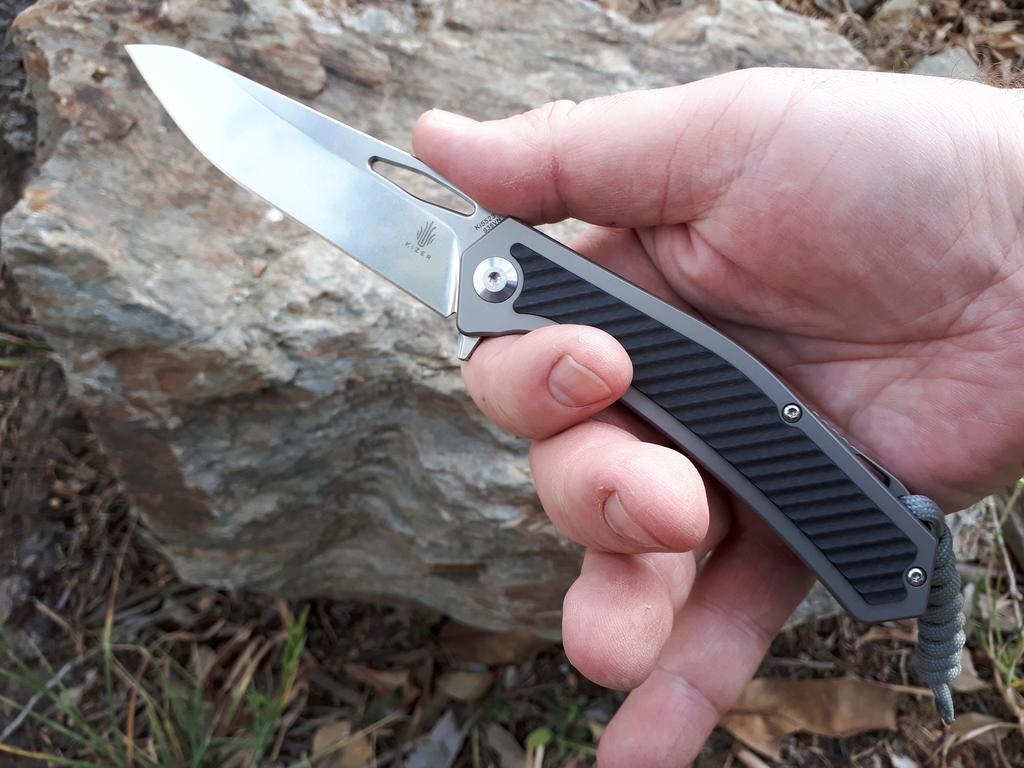 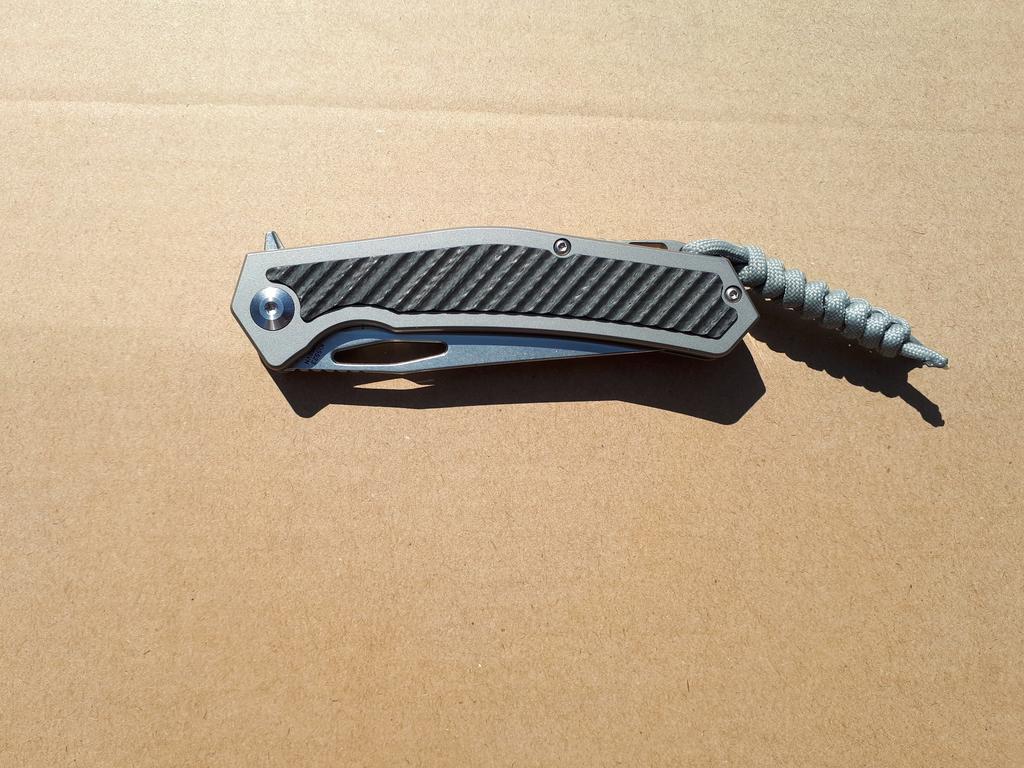 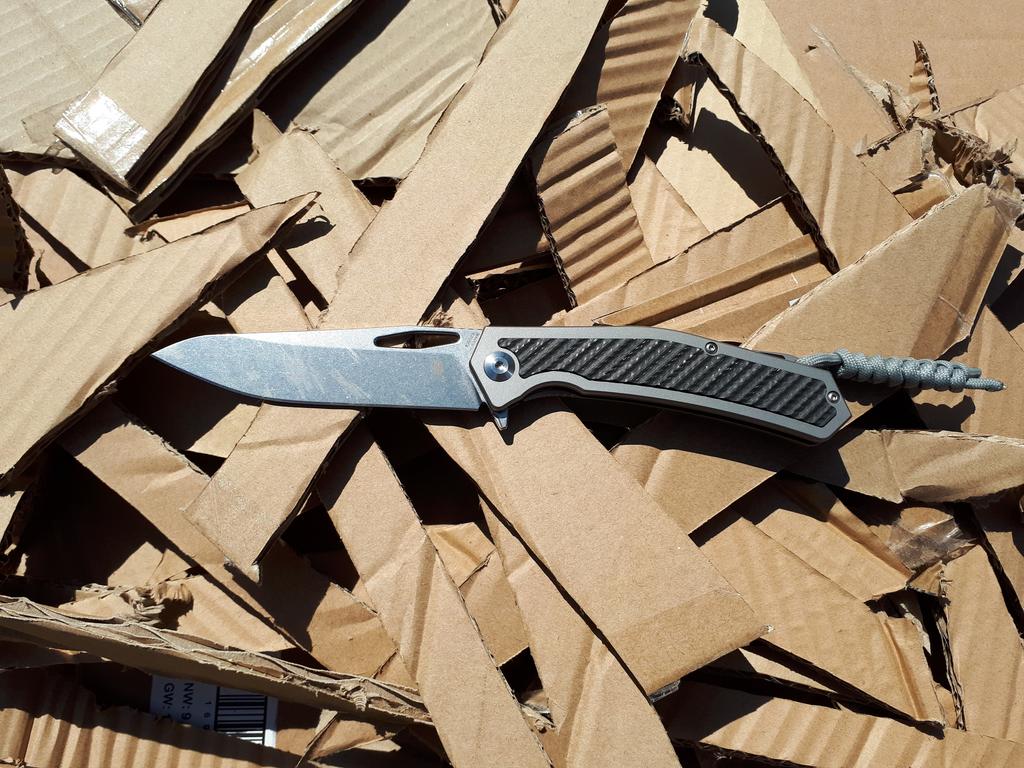 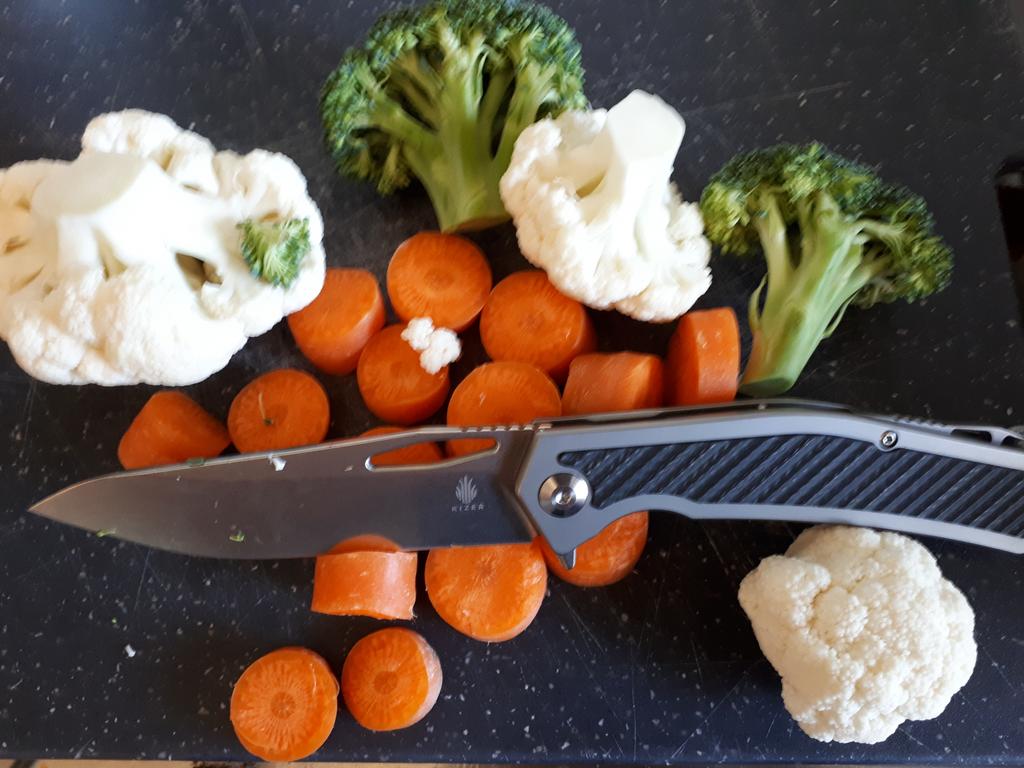 Conclusion Overall Kizer hit a winner for me with the Odin, a big knife that fit me well, solid cutting performance, great ergo's, a smooth action that allows the knife to fire well, and with options for other deployments. I enjoyed reviewing the Odin and if I were into s35vn frame lock flippers I would definitely purchase one.


For full disclosure I would also add I have XXL hands, and that must play in to my review process, and the readers should keep that in mind when reading my reviews and recommendations.
Lastly I ONLY use folding knives for light cutting duties, so I will not do 'hard use' cutting tasks with any folder, that's what I have fixed blades for, so cutting tests consisted of cutting paper, cardboard, packaging, paracord, some food prep (again, not a task I use folders for for the most part) and other duties a stay-at-home-dad would use a cutting tool for around the house.
You must log in or register to reply here.
Share:
Facebook Twitter Reddit Pinterest Tumblr WhatsApp Email Link
Menu
Log in
Register
Top