Hi all,
Have been experimenting lately with alcohol stoves in my Canteen Shop stove stand. I keep having an issue whereby the alcohol in the stove starts to splash out and starts to flame uncontrollably. I have noticed when it gets to this stage that the alcohol is in fact boiling. I am not sure if this is normal as I have very little experience with alcohol stoves, any advice would be appreciated.

Maybe post a photo of the stove design, it sounds like a draught issue whereby the air/fuel mix is wrong and it isn't vapouring correctly. This will cause the fuel to overheat and runaway - boil and splash. If it has jets like a Trangia burner, perhaps the jets are blocked.

Just using a standard Trangia genuine not a knock off. I have tried an ever new titanium as well and just about burnt my back verandah down lol 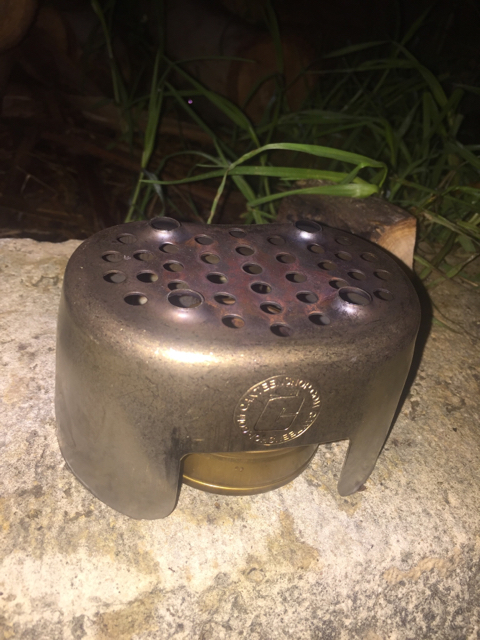 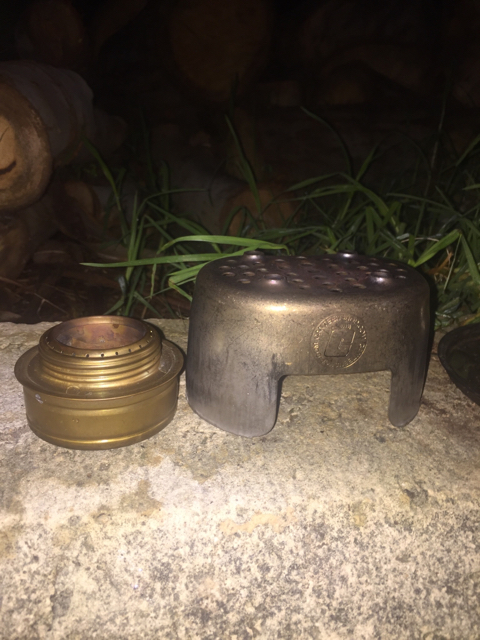 Sent from my iPhone using Tapatalk

I would try without the stand. If it doesn't happen then, it might be that using the stand causes too much reflected heat. If it occurs just by itself then something is wrong with the Trangia.

Do the test on an already burnt area of your verandah:_lol:

Its not an issue I've had, but I don't have a stove like your one.

Alcohol stoves (all liquid fuel stoves) need to vaporise the fuel, and its actually the vapour which burns, not the liquid itself. So boiling fuel is normal and good.
But it sounds like you have too much boiling going on.

Assuming the stove itself works OK, I suspect the issue is related to your stove stand.
I think the stand its trapping too much heat / reflecting it back down into the stove, which is making the fuel boil uncontrollably.

You may have done this already, but don’t overfill the stove, try with it half full (or less).

Thanks for the input everyone, I might try a different burner and failing that will have to use a different stove. I may even take a video of it turning into a fireball for a laugh.
C

Over the years have known a few bushwalkers with Trangia stoves and none had any problems like you have reported. These fellows used their Trangia's with the standard kit and I have not seen that stand of yours.

Looks to me too much heat is being collected in and around the burner which could be causing the boiling metho problem.

Does the burner work ok with the standard Trangia kit ?

I am presuming the burner is a Trangia.

Other than the unlikely scenario that you've got contaminated fuel, that pot stand doesn't allow enough air flow or draught so, like others have noted, the burner is probably overheating. The original Trangia setup has lots of holes and good separation to aid air flow. You could experiment and drill holes in that stand - it would also lower its weight!:_sii:

I've used that exact same set up several times and had no problems. I don't recall any out-of-control flaming, but if I'm boiling water I'm happy with a powerful flame, and if I'm not then I use the simmer ring. For there to be something wrong with a Trangia stove is almost unheard of, while I've used a knock off which never plumed and took forever to heat anything.

Have you tested the stove in the open to see if it does the same thing?
Last edited: Jun 3, 2018

It works perfectly in the open air, I also tried a different alcohol stove I have which worked. The only problem I had with the other stove was the stand sucked all the heat away and it could not boil 2 cups of water. I also have the larger version of this stove which works perfectly.
You must log in or register to reply here.
Share:
Facebook Twitter Reddit Pinterest Tumblr WhatsApp Email Link
Menu
Log in
Register
Top