last knife purchase for a long while, cancelled my CS Black Bear Classic backorder, Cleavers could not tell me when they would be coming in and they were already been on backorder since 3rd of January.

I always wanted one, and entirely happy with it and they are certainly a formidable fighting dagger. 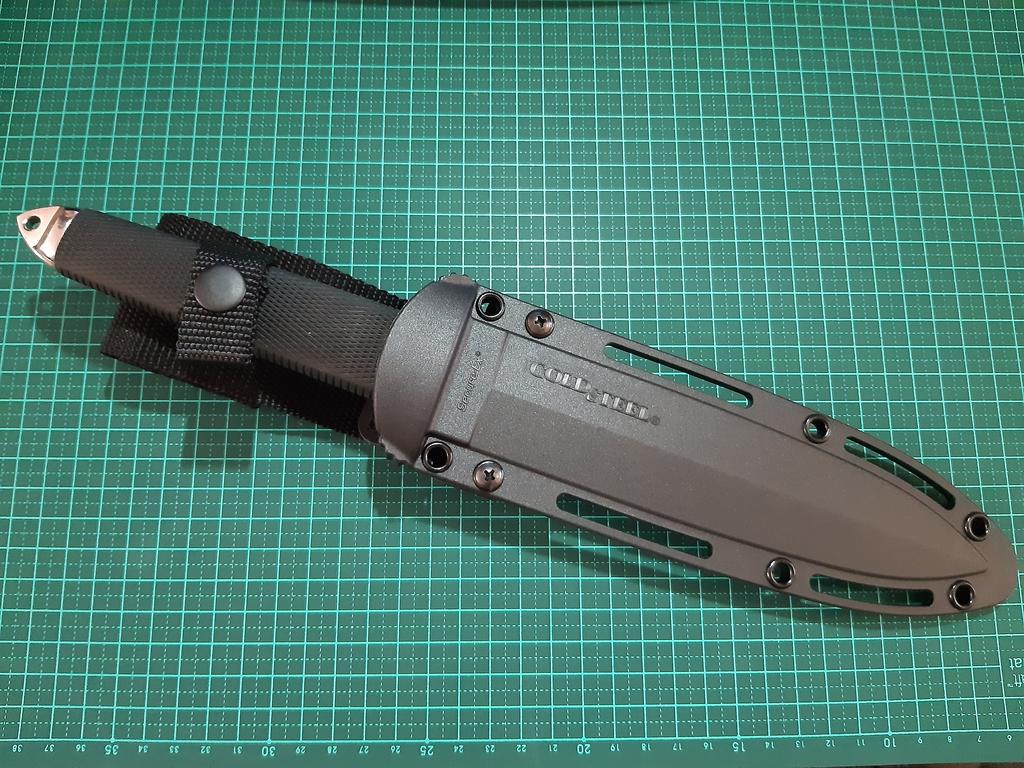 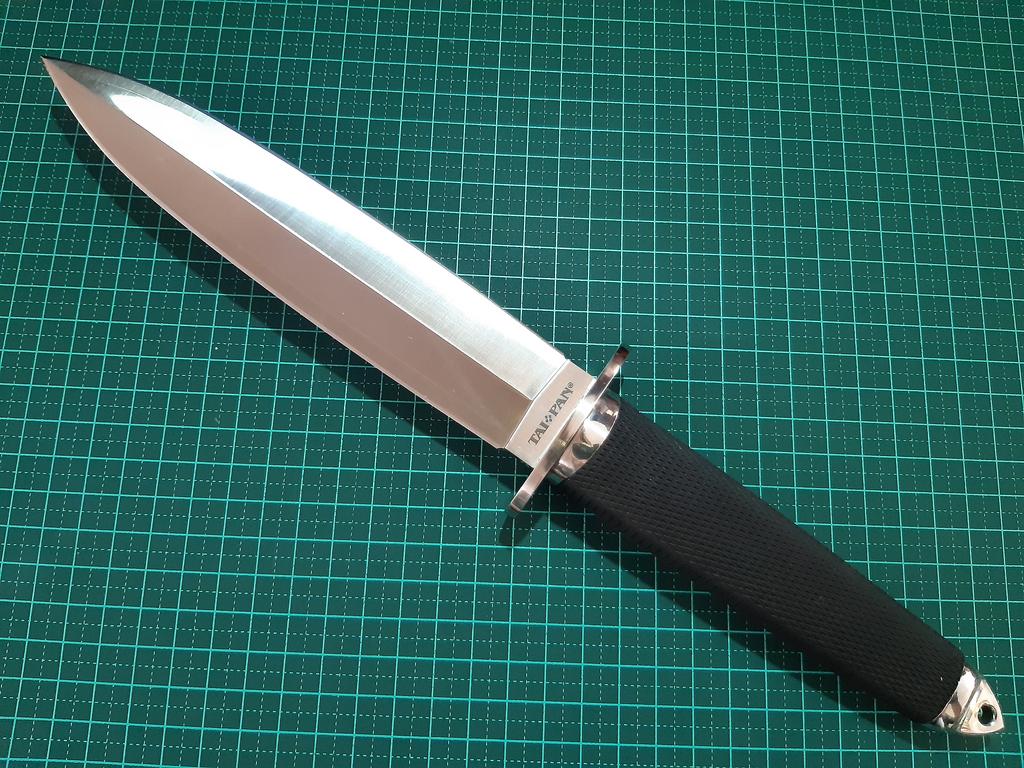 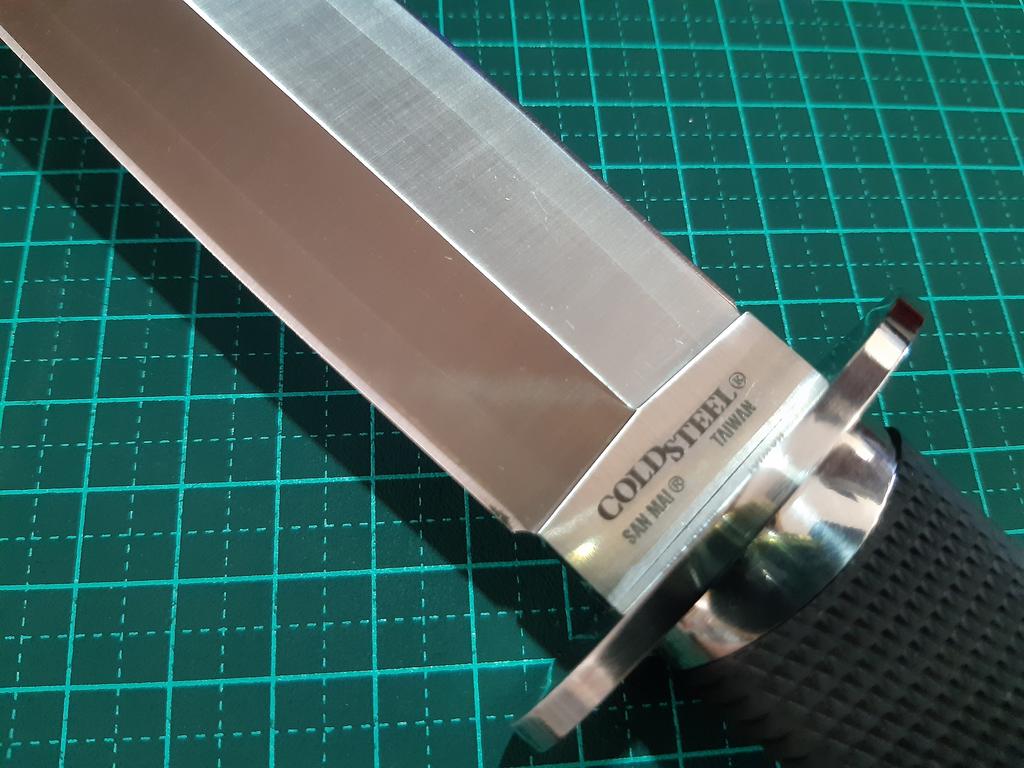 I don't own many daggers and I am really liking the Tai Pan, I am just lucky I live in Qld and we don't have any restrictions on such knives.
R

Wave Man said:
I don't own many daggers and I am really liking the Tai Pan, I am just lucky I live in Qld and we don't have any restrictions on such knives.
Click to expand...

Lucky you Cold steel really do make things well. That edge looks uniform - something that many manufacturers still do by hand, and it doesn't work. The centring of that ridge, good sharpening choils, work like (functional) handle and guard, and is that thing hollow ground? Impressive if it is.

yes hollow ground on both sides mate, and you are right, everything is very uniform and even, the grinds and laminate line.

here is my video overview

Here is my written overview, I haven't done much with this knife since I got it, hence the overview. I really only bought it to complete the set of my Cold Steel classic san mai's (not that I have really done that, though I am trying to do it)

Back story, January 2020 I noticed that Cleavers had listed the Cold Steel Black Bear Classic as a new product and as I had long wanted one and missed out on buying one before they were discontinued so I pre-ordered one, paid my money (interestingly they were $389 the same money that were listed as in the CS catalog in US$) and then waited, and waited, and waited. Come to May I think and I had got the shits with it, I had rung Cleavers many times asking when my knife was coming and they could not give me a definite answer, now fair enough some of this was right in the middle of Covid-19 but still I could not wait any longer.

So long story short I rang them and asked if they had any Tai Pan's on hand, which they did. So in about an hour later I had one in hand, as I live only a suburb away. The Tai Pan is also a knife I had long wanted and I thought was a great compromise. This was the first of the new 'san mai' knives I had ever bought and first Taiwan made knives I owned, so I was very interested to see how they compared to my san maiIII Japanese made knives, which I had several.

What the company says
Most daggers are notorious for having thin, fragile points that are easily broken. In contrast, the Tai Pan® features a sturdy spear point which is wide and thick enough to resist breaking without compromising its ability to offer deep, effortless, penetration.

The knife came as is usual for Cold Steel knives of this caliber, shipped separately from the sheath, the blade covered in a cardboard cover and sheath bubble wrapped, all contained in the Cold Steel Box.

The Tai Pan in san mai is the quintessential 'combat dagger' as imagined by Lynn Thompson and he has tried to improve the design so as to make it the perfect dagger for fighting. What he did was make the tip more robust, a broad leaf like blade, a small guard, full tang and pointed pommel for striking. As normal for all knives Cold Steel produces these knives have a Kray-Ex handle as well, affording excellent grip.

Blade steel is the new san mai mix laminate, being VG-10 laminate with no advertised HRC. I am assuming they still use 420j for the outer layers of the laminate. The laminate lines are nice and even which is good to see. The knife arrived reasonably sharp, though I did touch it up both on the Sharpmaker and then stropped it.

Fit and finish is very good, I have had the chance to compare this version to the original and this particular knife does come close to being equal to the Japanese version. Mine does have a slight hiccup with the Kray-Ex right at the guard end but that is being really nit-picky and really can't feel it unless you go looking for it. Other than that it is equal to the Japanese version. So I would put mine at very good.

The sheath is a bit of a problem, I will say it right now. The retention is not as good as I have seen in many of my other Cold Steel knives, and unless you use the clasp snap the knife will fall out of the sheath. It has all of the usual lashing points etc and is the usual Secure-Ex sheath except for the fact that it doesn't retain the knife like most of my CS knives do.

The generous handle fits my large hand well and I enjoy having this knife in hand, in all grips. 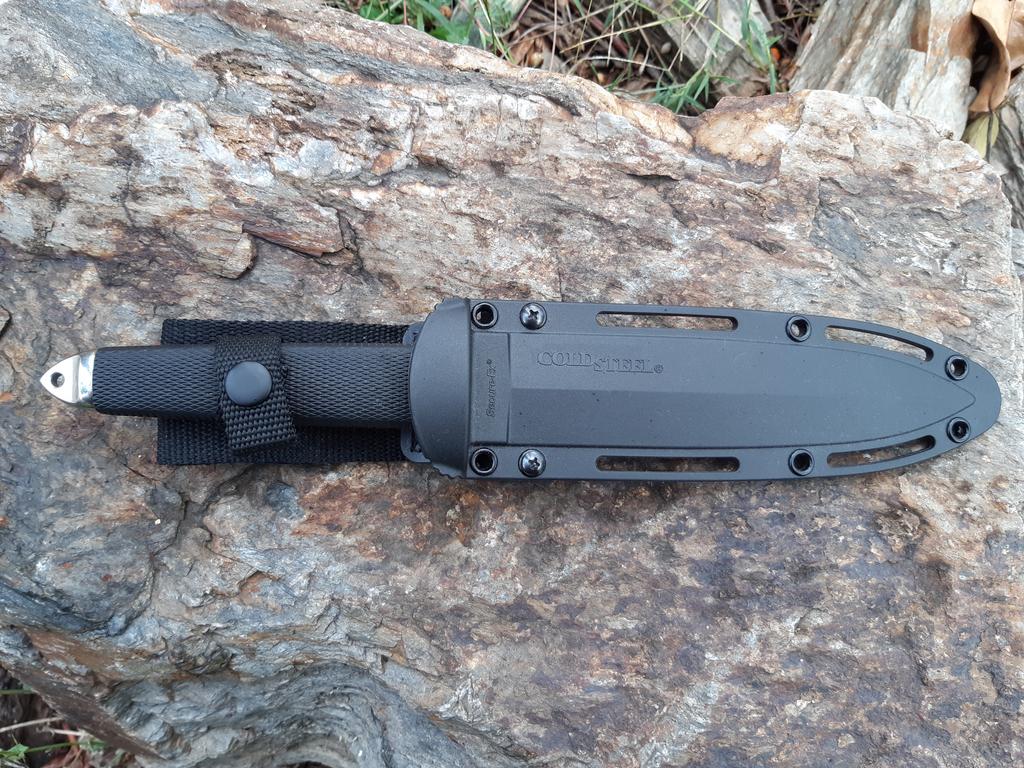 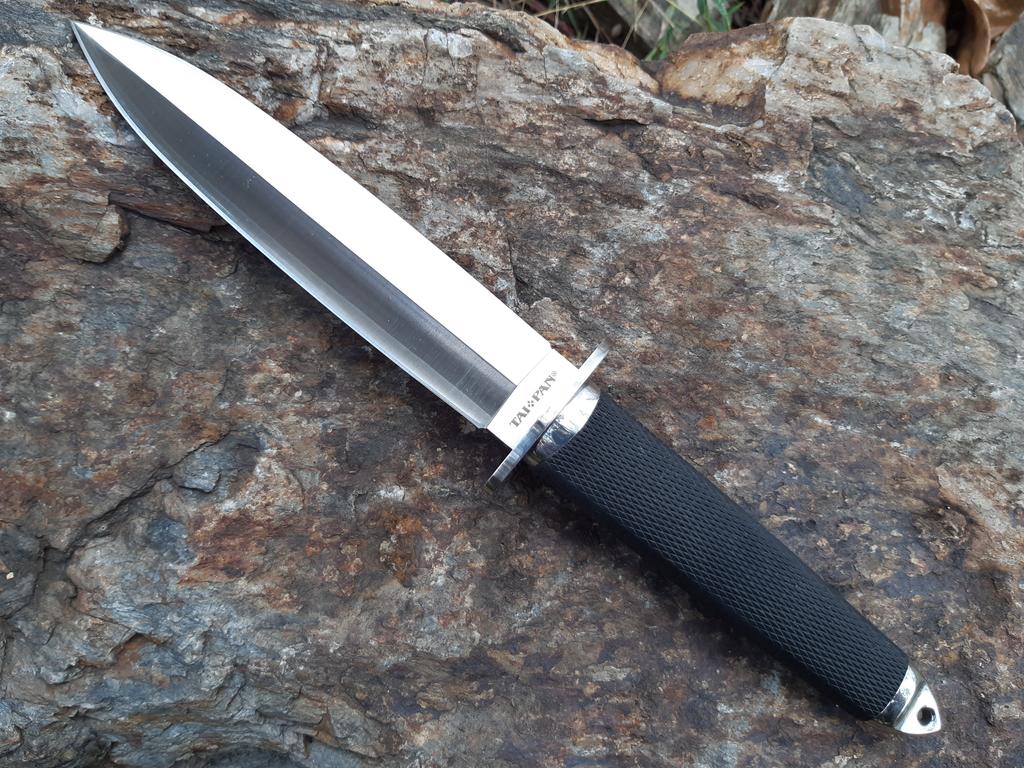 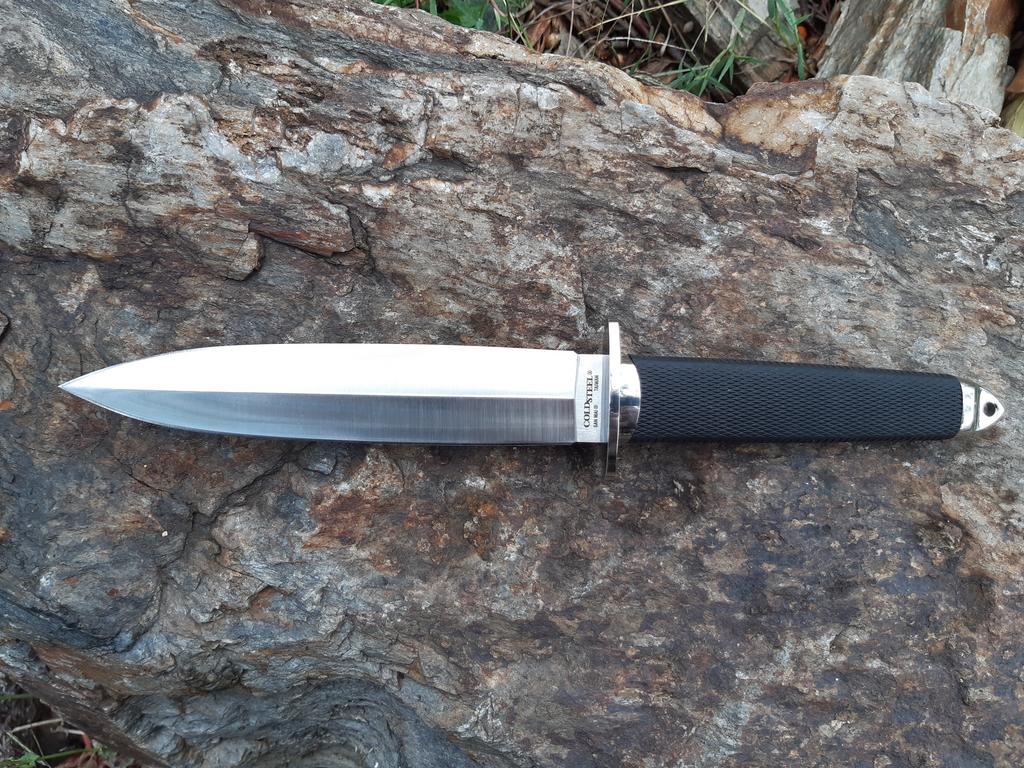 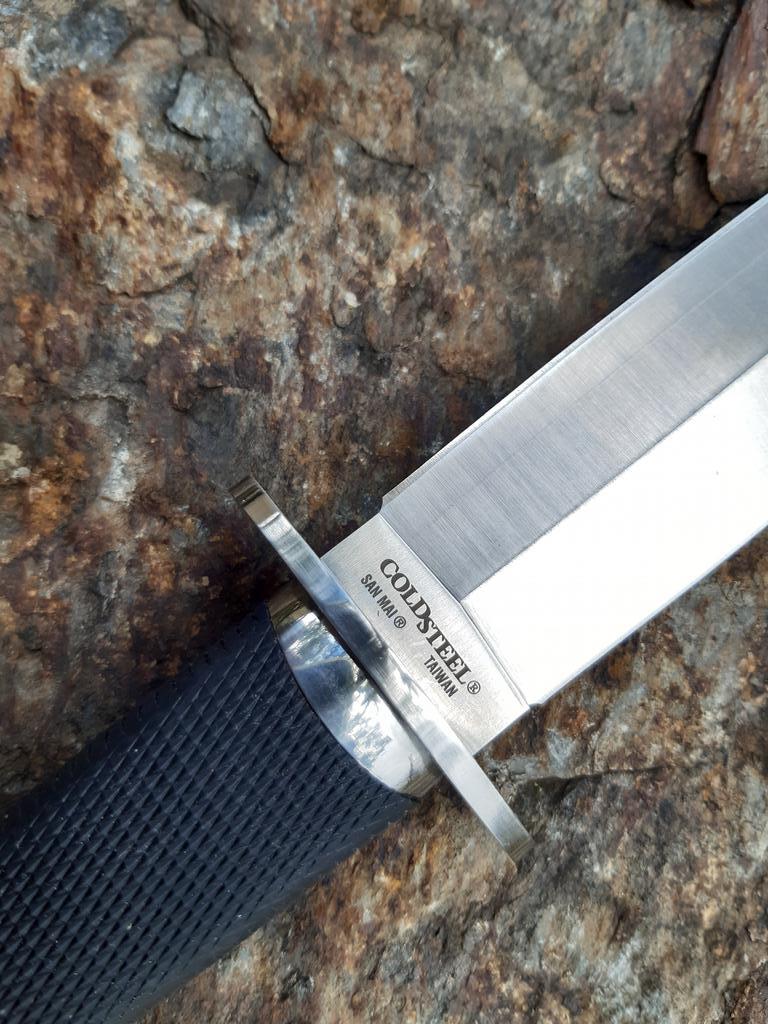 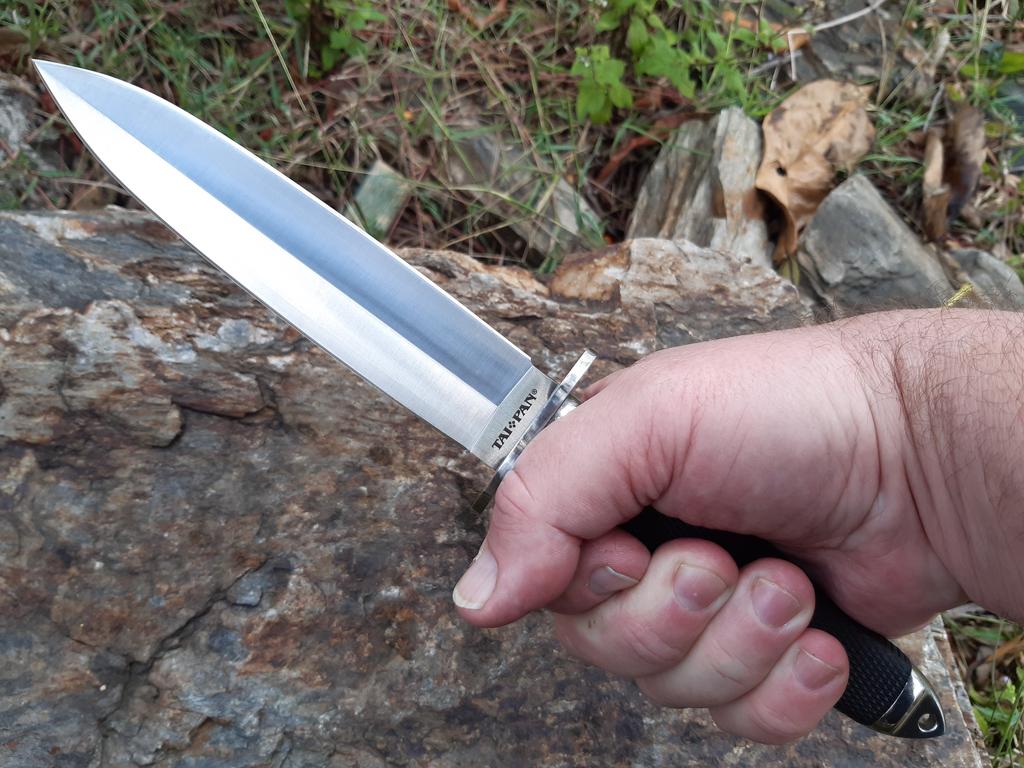 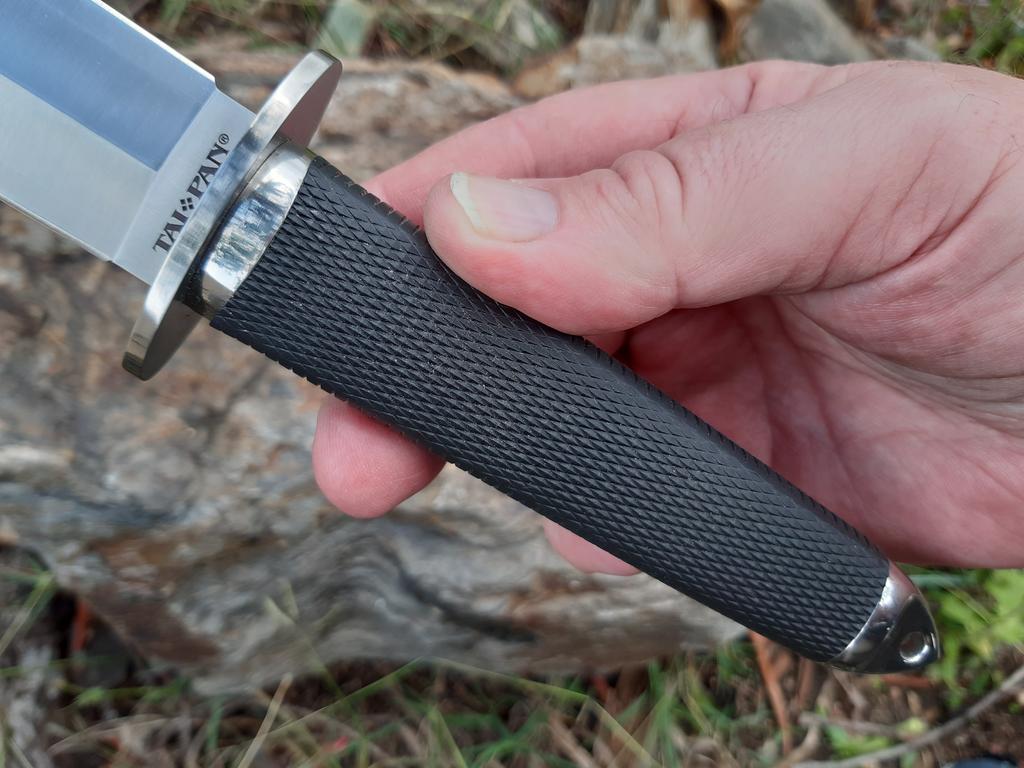 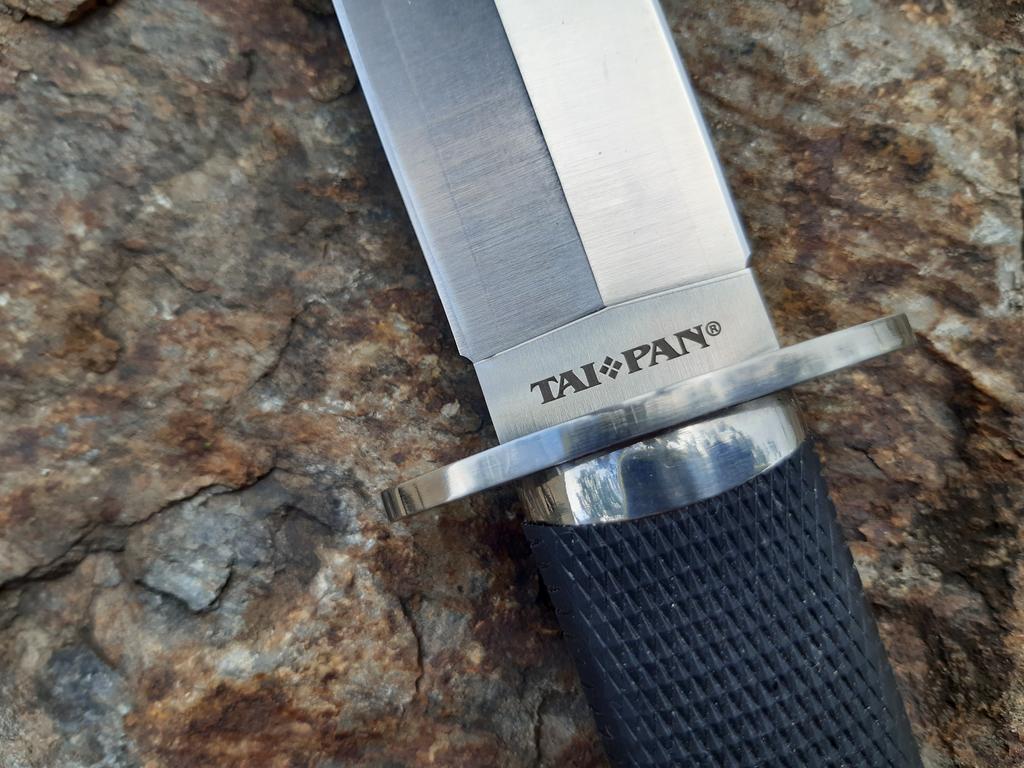 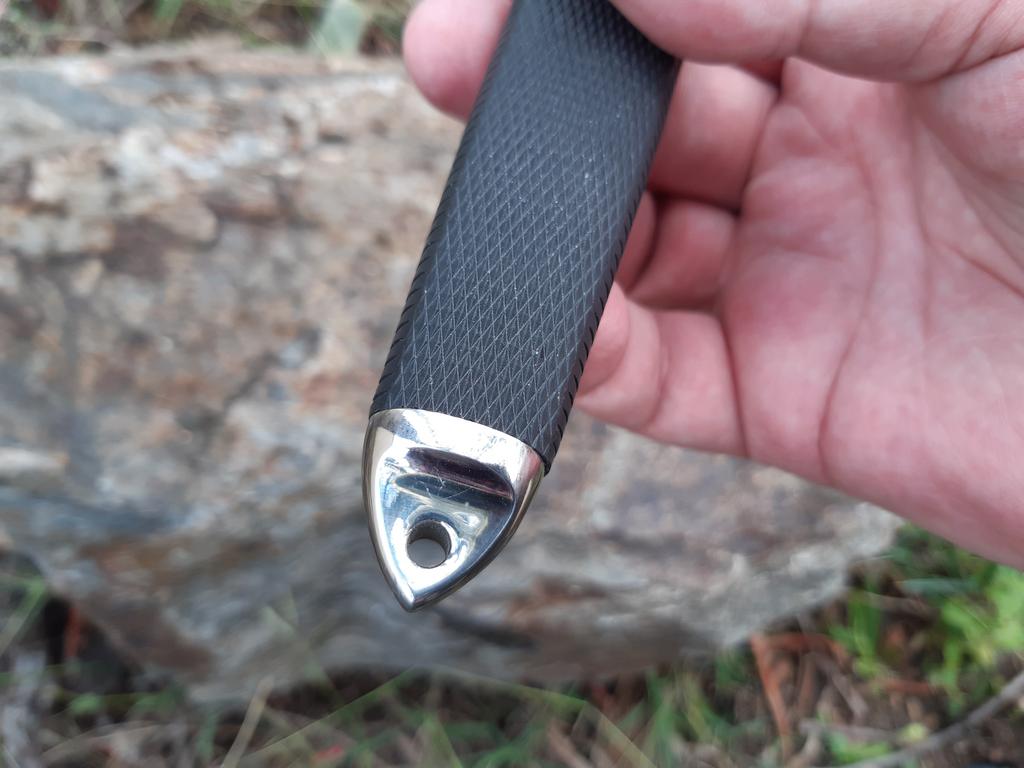